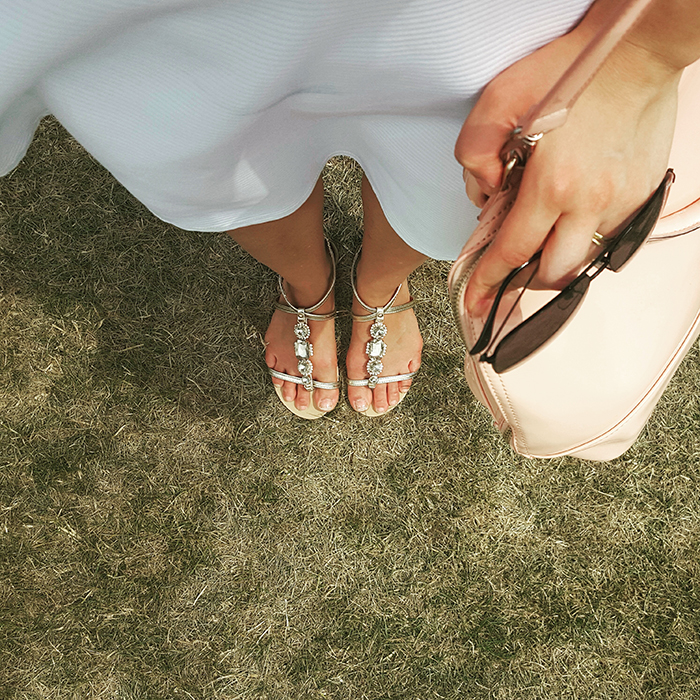 Last Sunday I attended the final of the 3rd edition of the Luxembourg Polo International games. There were over 30 degrees, so obviously I opted for a white dress and sandals. The weather was so hot last week in Luxembourg, that it was not possible to wear any make-up, especially foundation.

I like warm sunny weather, but that was a bit too much, I kept wishing that it would rain a little bit to freshen up everything – I guess my wish was heard – now there’s maximum 20 degrees and it’s raining (oops!)

I did wear sunglasses from time to time – I don’t know why not in the photo, so I’m just squinting and looks like my eyes are closed – but had no hat whatsoever. I have been walking around for a few hours, looking at the game from time to time, not really finding a seat, but I did manage to have some water – so when I came back home, I was all burning and spent the rest of the day with cold showers and lots of water. What have I learned? I need to get myself a hat at least.

After the games were over and before the award ceremony, there was also a Courrèges fashion show which I will cover in a different post.

10 thoughts on “Outfit: White at the Polo Games”