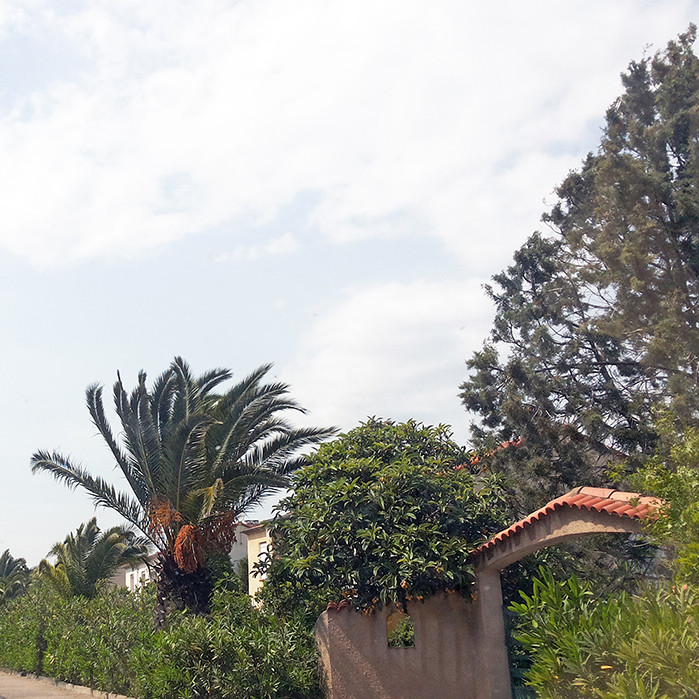 You cannot go to the South of France and not pass by the beach at least. Spent a few hours on a beach in Agde, felt the hot sand and sun, took a dip in the clear cold shallow water, and tanned for a few hours. After the beach, we headed for Cap d’Agde, so we can have lunch. When we arrived there, a wine expo has just been opened – VinoCap – with more than 100 wineries being present.

As I was especially craving sea food, I went for the fisherman’s salad. This was actually in the starters section, but I found it filling enough for me. Maybe it was obvious that both the salad and the sea fruit & rice part would be cold, but I was kind of expecting the latter to be warm. Either way, it was delicious.

As a desert, I took a scoop of ‘ourson’ ice cream with whipped cream. Found out that the ice cream had little marshmallows in it. I haven’t mentioned how windy, sunny and crowded it was? Taking photos was a bit of a struggle, as I could barely see if the photos I was taking were ok. When I went to the restaurant, I discovered that the photos I took of the boats in the port were incredibly blurry, because my settings weren’t properly set! 🙁 At least I got myself some tan and delicious food 🙂

5 thoughts on “France Diary: Day at the Beach”