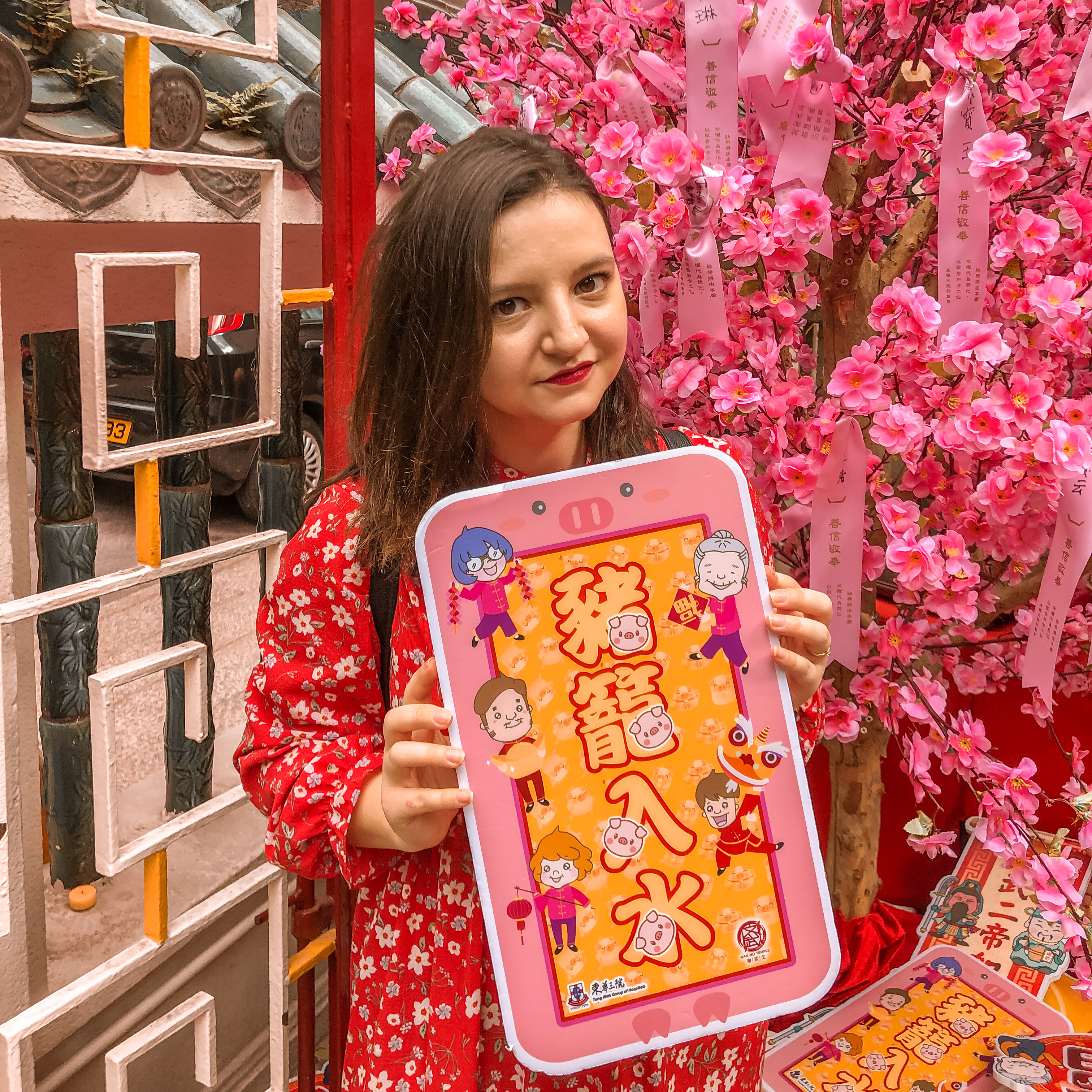 When we booked the trip to Hong Kong, it wasn’t necessarily for the CNY – we simply booked it then because it was the school holidays in Europe. But spending Chinese New Year in Hong Kong was definitely an experience! From parades and lion dances, to busy temples and pig decorations, it was definitely a great time to be there!

The Chinese New Year is a Chinese festival that celebrates the beginning of a new year in the traditional Chinese calendar. It is also one of the several Lunar New Years in Asia.

We wanted to start the celebrations by going to the largest Hong Kong Chinese New Year flower market at the Victoria Park. People go to such markets to buy auspicious flowers and plants to welcome good luck in the new year. Even if the market’s last day was 5 February, we got there too late, so we missed our chance. I was rather bummed I missed it, but we had some time to recharge before the Chinese New Year parade in Kowloon.

The theme of the Chinese New Year Parade was ‘Best Fortune. World Party’. It was an international parade consisting of floats and performances by local and international performers. The streets of Kowloon were packed with people watching the parade and celebrating. The energy was incredible and even if I was exhausted from the travels, the whole atmosphere was fueling me.

The celebrations welcomed the new year of the Pig, thus there was many pig decorations all over the temples, streets, shops, billboards and on TV too. There were lion dances in the airport, malls, and shops, to bring in good fortune.

While it was an unique experience to be for CNY in Hong Kong, I would not recommend it if you don’t like lots of crowds. I would personally do it all again, because I simply loved how vibrant and festive the atmosphere was!